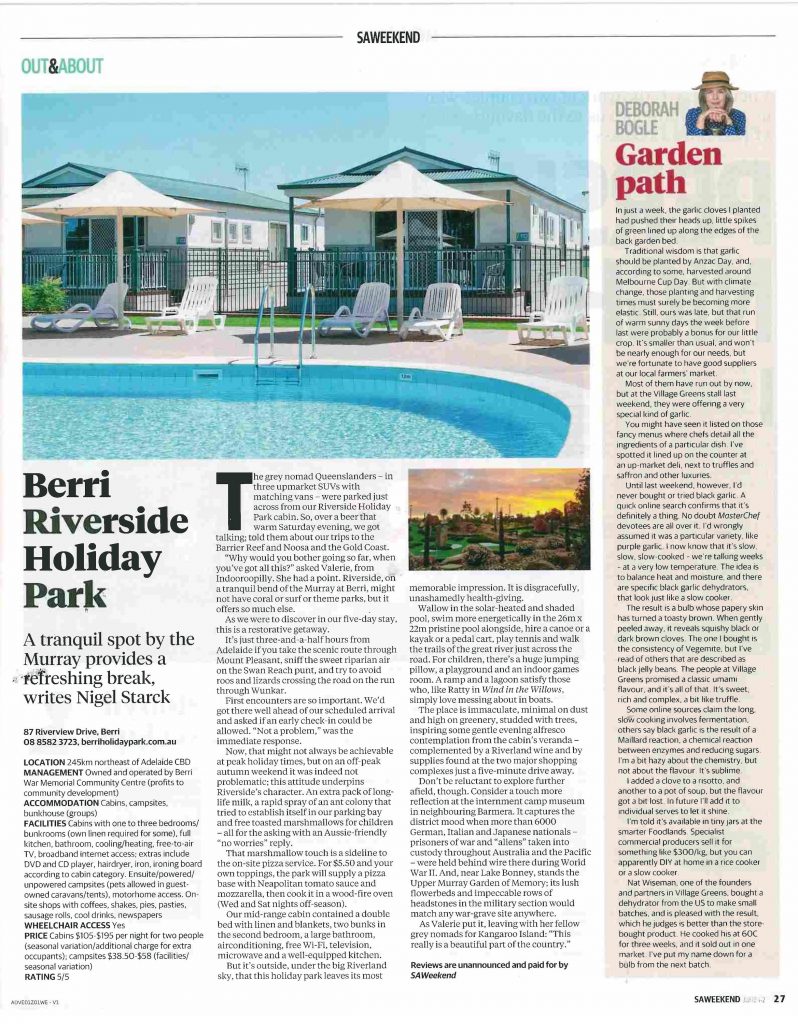 A tranquil spot by the Murray provides a refreshing break, writes Nigel Starck

The grey nomad Queenslanders – in three upmarket SUVs with matching vans – were parked just across from our Riverside Holiday Park cabin. So, over a beer that warm Saturday evening, we got talking; told them about our trips to the Barrier Reef and Noosa and the Gold Coast.

“Why would you bother going so far, when you’ve got all this?” asked Valerie, from Indooroopilly. She had a point. Riverside, oh a tranquil bend of the Murray at Berri, might not have coral or surf or theme parks, but it offers so much else.

As we were to discover in our five-day stay, this is a restorative getaway.

It’s just three-and-a-half hours from Adelaide if you take the scenic route through Mount Pleasant, sniff the sweet riparian air on the Swan Reach punt, and try to avoid roos and lizards crossing the road on the run through Wunkar.

First encounters are so important. We’d got there well ahead of our scheduled arrival and asked if an early check-in could be allowed. “Not a problem,” was the immediate response.

Now, that might not always be achievable at peak holiday times, but on an off-peak autumn weekend it was indeed not problematic; this attitude underpins Riverside’s character. An extra pack of long-life milk, a rapid spray of an ant colony that tried to establish itself in our parking bay and free toasted marshmallows for children – all for the asking with an Aussie-friendly “no worries” reply.

That marshmallow touch is a sideline to the on-site pizza service. For $5.50 and your own toppings, the park will supply a pizza base with Neapolitan tomato sauce and mozzarella, then cook it in a wood-fire oven (Wed and Sat nights off-season).

Our mid-range cabin contained a double bed with linen and blankets, two bunks in the second bedroom, a large bathroom, airconditioning, free Wi-Fi, television, microwave and a well-equipped kitchen.

But it’s outside, under the big Riverland sky, that this holiday park leaves its most memorable impression. It is disgracefully, unashamedly health-giving.

Wallow in the solar-heated and shaded pool, swim more energetically in the 26m X 22m pristine pool alongside, hire a canoe or a kayak or a pedal cart, play tennis and walk the trails of the great river just across the road. For children, there’s a huge jumping pillow, a playground and an indoor games room. A ramp and a lagoon satisfy those who, like Ratty in Wind in the Willows, simply love messing about in boats.

The place is immaculate, minimal on dust and high on greenery, studded with trees, inspiring some gentle evening alfresco contemplation from the cabin’s veranda  – complemented by a Riverland wine and by supplies found at the two major shopping complexes just a five-minute drive away.

Don’t be reluctant to explore further afield, though. Consider a touch more reflection at the internment camp museum in neighbouring Barmera. It captures the district mood when more than 6000 German, Italian and Japanese nationals – prisoners of war and “aliens” taken into custody throughout Australia and the Pacific – were held behind wire there during World War II. And, near Lake Bonney, stands the Upper Murray Garden of Memory; its lush flowerbeds and impeccable rows of headstones in the military section would match any war-grave site anywhere.

As Valerie put it, leaving with her fellow grey nomads for Kangaroo Island: “This really is a beautiful part of the country.” 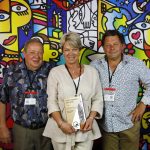 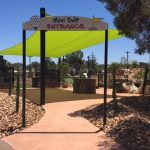 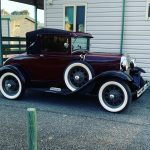 The Model Age Ford Club stayed with us last week. We took a 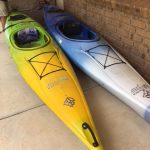 Canoes now for hire from the Park office 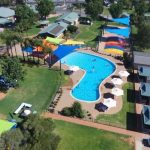