Centrally situated and just minutes away in all directions, you can easily explore our surrounding towns within the Riverland. Our park is opposite the beautiful Murray River, great for Fishing and Water Sports.

The Berri War Memorial was erected in the 1950’s to commemorate the District’s War effort. The memorial includes an Honour Roll framed by the Honour Gates.

The arched entrance to the Berri sporting oval, consists of two concrete and block pillars with two wrought iron gates located between the pillars. A bronze plaque is affixed to the face of each pillar and the Berri Roll of Honour commemorates those who served in World War Two. The Honour Roll is situated on a memorial grandstand which has been dedicated to Lieutenant T.C. Derrick V.C.D.C.M.

The Berri War Memorial Community Centre was formed in 1947 and is an important part of Berri’s growth.

The Berri Riverside Holiday Park commenced operation in 1972 and is independently owned by the Berri War Memorial Community Centre Inc. The park has been set up as a living/working memorial to the local people who have served and are serving our country.

All profits are put back into the development of the park, donated towards tourism facilities/promotion, and distributed to various groups and charities in the Berri district.

Send us a message asking for a call back or to ask anything you want about our holiday park. 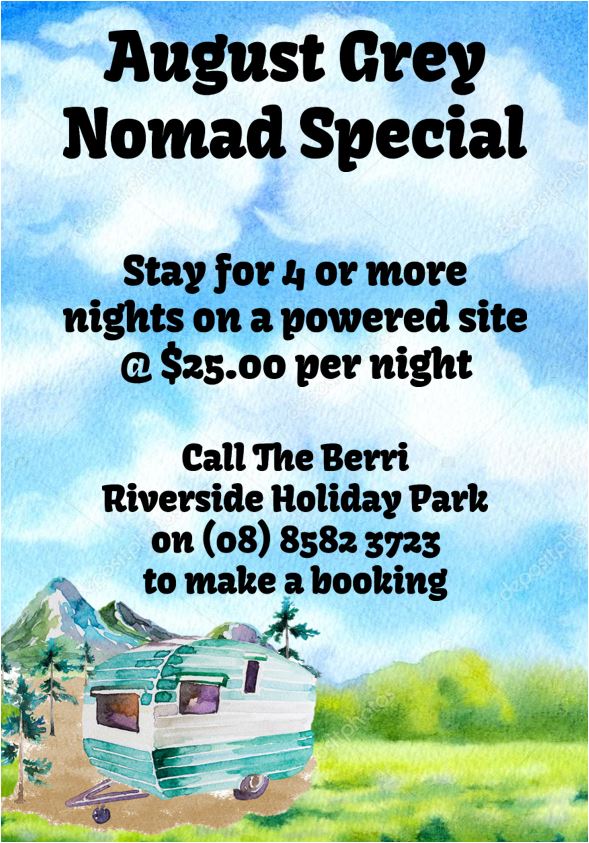